The Tommasi family of Valpolicella has a long winemaking history that officially began with their Amarone 1959. Even though they had been growing grapes and making wines for more than 50 years before this, we consider their creation of a wine that symbolizes the area of Verona to be the real beginning. The estate has expanded greatly since then with important investments made also in other parts of Italy. They have a total of close to 600 hectares of vineyards and aside from land in around Bardolino and Lugana they own property in Tuscany – Montalcino, Scansano and Pitigliano – and recently acquired vineyards in Oltrepò Pavese, to use for producing sparkling wines, as well as Puglia. The estate has also expanded into the hospitality sector with hotels, restaurants and bars. In other words, this is a family of successful entrepreneurs.

Their wines, however, have not yet expressed the full potential one would expect and the new generations are committed to achieving this goal. The vineyards in the classic zone for Amarone are in particularly prestigious areas: Conca d’Oro, Groletta and Ca’ Florian, the latter being the cradle of the estate where Amarone San Florian is made. The estate believes deeply in this particular, classic pergola veronese-trained vineyard and considers it special. One of its particularities is that the vineyard is terraced due to the steep pitch of the land with the terraces held up by ‘marogne’, the local name for dry stone walls. The winery is functional and has been expanded over the years to become more rational without being in contrast with the landscape. Its technology is up-to-date with an excellent refrigeration system and a wood vat for the Amarone San Florian. Aging for the most part takes place in barriques and tonneau barrels of Slovenian oak but there is also a huge 150 hectoliter barrel, something so rare it is worth just to see it. A novelty at the estate is the new grape drying facility built near the Groletta vineyards. It employs modern technology to raisinate the grapes with strict controls over humidity, temperature and ventilation and will progressively replace the estate’s older drying facilities. The estate’s market is predominately abroad with 80% of production exported.

We celebrated the first 50 years of Amarone Tommasi in their splendid wine shop in Verona with a small vertical tasting that had a surprise ending with a 1969 Amarone that was still in excellent condition.

Amarone San Florian is a traditional Amarone that has never adhered to the fads that called for strong sugar residues or extreme sweetness. For the estate, Amarone was and is a wine to be consumed at the table and thus should not strive to be muscular but remain elegant and drinkable.

Caiarossa, a corner of France in Tuscany 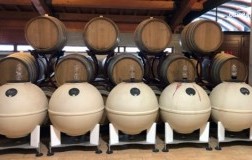 Fattoria Colsanto, a cross between Umbria and Friuli 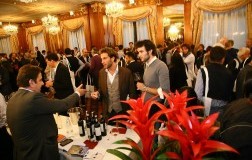 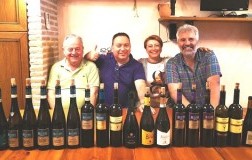