There are some people in the world of wine who are truly outstanding because of their visions, the determination they have shown in realizing them and the benefits they have brought to the surrounding area. Edi Kante, a reserved man with a great personality who can be polemic and sometimes unconventional, is one of these giants. He belongs to that generation which made the Carso (Karst) area of Friuli known to the rest of the world but with a productive philosophy that was in contrast with the fads of the time, the end of the 1980s.
Edi set up an estate that with time has had great success on the market and he has become a great ambassador for Carso Friulano wines around the world. Over the years his innovation approach, which primarily regarded aging certain wines in barriques and bringing them to the market much later that tradition dictated, earned him detractors who criticized what they saw as an excessive use of wood. Despite this, Edi has continued to study ways to improve his wines without abandoning his style but rather improving many of its details and avoiding certain extreme aspects with which he had been enamored previously. Like all intelligent people, Edi is someone who learns from his mistakes without losing his own identity and this has allowed him to return to the highest levels of quality.
Edi’s wonderful, three-story cellar is carved out of the rock below his property. It is not only beautiful and suggestive but above all comfortable with the levels of humidity and temperature in the various rooms controlled by natural means. The barriques and vats stand out against the bare limestone (karst) walls and their circular composition create a sense of tranquility. During our visit, which culminated in a simple yet excellent fish dinner (Edi’s wife deserves at least one Michelin star), we tasted some truly fascinating wines. 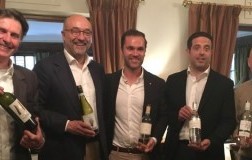 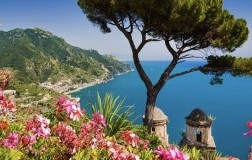 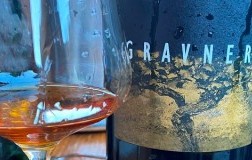