A Bollinger masterclass ending with a R.D. 2002

There are certain occasions that are truly essential for the education of any taster or sommelier, situations where one sits at a table as they would at a desk at school. On May 31, Gruppo Meregalli and Maison Bollinger organized a Special Cuvée Expertise Master Class for professionals interested in knowing in detail everything about the creation of one of Bollinger’s most representative wines: Special Cuvée.

The course began with a unique tasting of vins clairs away from the Maison that were brought to Italy expressly for the occasion. They were the base 2014 and 2015 Pinot Noir, Pinot Meunier and Chardonnay wines and came with some legendary vins de reserve preserved in magnum bottles. There was also a preview tasting of the 2016 Special Cuvée that will only reach the market in 2019. I am well aware that I am a wine-geek and so I will not try your patience with every detail of the tasting conducted by Chef de Cave Adjoint Denis Bunner, who revealed to us the secrets of the blend of Bollinger’s Special Cuvée Champagne. Nevertheless, I must sing the praises of Denis Bunner, a native of Alsace and an agronomic enological engineer who at only 33 years of age was called in to work alongside Gilles Descotes after spending ten years as an enologist at the Comité Interprofessionel du Vin de Champagne (CIVC), where he still serves as Chef de Project Oenologie. Denis told us that his primary task was that of overseeing the acquisition of grapes that accounted for 40% of total production, the rest coming from the Maison’s own 166 hectares of vineyards, used to produce the La Grande Année and R.D. bubblies. He is also responsible for communication.

The pillars of Bollinger production rests on the productive independence of the lion’s share of the Maison’s own vineyards, the central role played by Pinot Noir which accounts for at least 60% of all their Champagnes and their celebrated first fermentation in barriques, initial aging in wood followed by a long secondary fermentation in the bottle. This along with the legendary 700,000 bottles of magnum bottles used to preserve their vins de reserve, the so-called “bombs aromatique” that are fundamental for Special Cuvée and the Rosé.

Bollinger Champagne seeks to offer “fruit in each of its stages”, from when it is fresh to when it is ripe, in jam form or dried depending on the cuvée. Maison Bollinger’s true masterpiece is without a doubt its R.D., their Récemment Dégorgeé bubbly, a cuvée that sits on the lees much longer than the others, from a minimum of three years up to eight years and more.

R.D. Champagne is made with grapes from vineyards the Maison owns in Grand and Premier Cru villages. It ferments in wood and then ages in a bottle with a real cork (bouchon liège) before receiving a final extra-brut dosage of 3-4g/l. This is an extraordinary Champagne that sublimely conveys the Maison’s style and fully expresses its magnificent essence after many years. For this reason the following R.D. 2002, the 50th edition of this exceptional Champagne, is only a youthful preview of its splendid future. 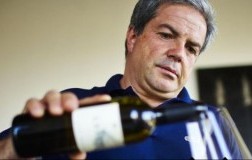 Cilento in the wines of Luigi Maffini 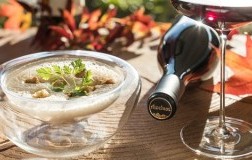 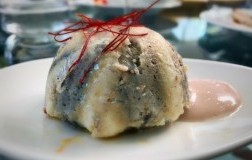 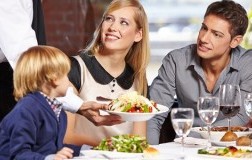