Pinot Bianco is a varietal that for a long time was confused with Chardonnay but has since established itself as the source for a great, fat and structured white wine that also has great salinity and elegance.

The origin of Pinot Bianco was for a long time up for discussion but today is recognized as being, like Pinot Grigio, a genetic mutation of Pinot Noir. For years, Pinot Bianco was confused with Chardonnay – with which it shares many characteristics – to the point that until a dozen years ago or so it was referred to as Pinot-Chardonnay. Following the phylloxera plague, the replanting and re-grafting of vines led to both varieties spreading to ample areas of northern Italy and in some cases with one in the place of the other. It is for this reason that it was only in the 1980s that the distinction between the two was made and Pinot Bianco received its first DOC classification.

Native to Germany, where it produces some of its absolute best versions quality-wise, Pinot Bianco has spread to Alsace and winemaking areas in the New World. In Italy, the varietal is cultivated in Lombardy, Veneto, Friuli and in Trentino Alto Adige. In the 18th century, the Lorena family, the Grand Dukes of Tuscany, encouraged its cultivation in the region where today there is a Pomino DC appellation, although the grape is also used to produce fine table wines.

The recognized best Pinot Bianco in Italy are from Friuli and Alto Adige where the grape best expresses itself thanks also to the low yield. Like all great whites, here it produces a white wine that is fat and structured but that also has great salinity and elegance. The wine is best after a few years after harvest. The grape is also perfect for making sparkling wine and can be found in the blends in some of the best cuvée - like those from Friuli, Trentino and Franciacorta - and is considered an excellent substitute for the French grape Pinot Meunier when making a traditional method bubbly.

We have selected what we consider to be the best seven Italian Pinot Bianco 2016 which, not by chance, are from the different appellations in Alto Adige and Friuli: Collio, Colli Orientali and Isonzo. 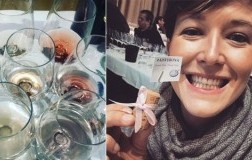 A guide to rosé wines 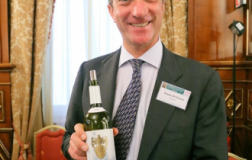 A princely return to the future 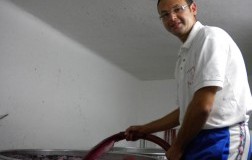 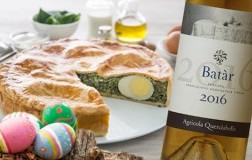