The energy of Champagne in the Bruno Paillard Assemblage 2008

What I have come to realize in the by now many happy years have had the fortune to encounter monsieur Bruno Paillard and his talented daughter Alice, during tastings of their magnificent Champagnes, is that they carefully select the place and study every detail for these presentations paying particular and almost obsessive attention to the food that will be paired with their cuvée. And they are undoubtedly helped in doing this by the impeccable Luca Cuzziol, the Maison’s distributor in Italy. After examining the menus of Andrea Berton, Luigi Taglienti and Antonio Guida, Bruno Paillard chose Giancarlo Perbellini and his restaurant Casa Perbellini, in the heart of Verona, for last week’s presentation of the latest Paillard vintage bubby, Assemblage 2008. The kitchen is open to the dining room, a fact that underscored the dialogue between the two realities and the menu is the result of a careful selection of ingredients, all cooked in a way to bring out favors and consistencies that can best exalt the qualities of the Champagne. Giancarlo Perbellini’s experience has allowed him to emphasize the gastronomic vocation of Champagnes from Maison Bruno Paillard.

We have written at length about Paillard, including his Champenoise background as a courtier, the person who selects grapes for the great Maisons, an activity he began in 1975 and continued until he founded his own Maison in 1981, after which he also became chairman of the Lanson-BCC group. It can easily be said that his ambition is equal only to the tenacity he has shown in achieving his objective of excellence, demonstrating clearly that one does not need centuries of family tradition to produce great Champagne.

Personally, I consider him to be a unique and special person because Maison Bruno Paillard wines - aside from their style that one may or not appreciate – are models of philosophical integrity thanks to their quality and the attention paid to detail, an example of stylistic identity and respect for the estate’s established ideals, to which all the cuvée faithfully aspire.

Now back to the latest vintage that was presented to the press last week: Bruno Paillard Millésimé Assemblage 2008. After a mild and rainy winter, the growing season that year saw a spring with late blossoming and a summer with measured amounts of sunshine that allowed the grapes to maintain their acidity, despite slightly higher than normal temperatures, up to their harvest in September. Bruno Paillard described this vintage as a “Champagne of great energy” and energy was the theme used by South Korean artist and Paris resident Bang Hai Ja for the design of the label that was created on a canvas using an oriental technique that involves using a mixture of earth, color and oil. 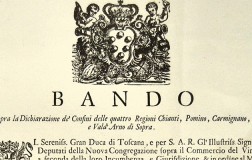 Cosimo III and his descendants 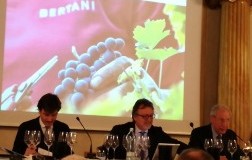 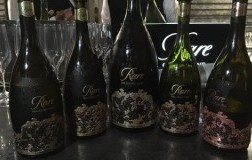 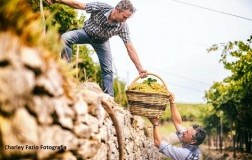