Those ‘in the know’ were aware for some years that something had been in the air at Maison Ayala and now it is wonderful to see this confirmed, above with a celebrated vintage like 2008. This year, for me, was only interpreted well in Champagne by those who let their grapes full ripen. The novelty is also a confirmation of the new life Champagne Rosé is enjoying with a slow but constant increase in popularity thanks to wines that are precise and well-made, no easy task given that sparkling rosé is the most difficult to make.

Today almost 40 million bottles of Champagne Rosé are made, almost 15% of the total in the region, and among these are some important novelties, like this one presented by Maison Ayala, which already produced a Rosé Majeur and up until recently Cuvée Rosé Nature. Cuvée Rosé n.8, however, is different above because it reflects changes that have occurred at Maison Ayala in recent years. A change at the top took place in 2012 when Hadrien Mouflard took over as Director General, a move that capped an important renewal at the Maison that began with the brand’s acquisition by the Bollinger family group in January 2005 and the successive appointment of the brilliant enologist Caroline Latrive as the chef de cave in 2006. It was she who declared that the key to Champagne was in the blending “because the result is far greater than the sum of the elements”.

Today Ayala is run by one of the youngest teams in Champagne but it is not lacking in experience and is not swayed by market trends. Taking advantage of the excellent 2008 harvest, the Maison decided to produce a unique cuvée, a vintage Champagne even if this is not indicated on the front label, created to represent the Ayala style today. It has a fresh and modern identity based on Chardonnay from Montagne de Reims, especially from the village of Rilly la Montagne, and distinctly distinguished by the Pinot Noir, again from Montagne de Reims and the Grand Cru villages of Verzy and Verzenay, with a ‘home’ touch of Ay. In line with the number ‘8’, the wine is from the 2008 harvest, spends eight years between fermenting and aging on the lees and in the bottle and has a dosage of 8g/l. Who knows if the Maison was also thinking of the market in China where the number 8 has magical qualities and is considered good luck. For certain there is no lack of symbolisms and balances related to the number and it was a perfect choice to mark a moment of rebirth for the Champagne estate. 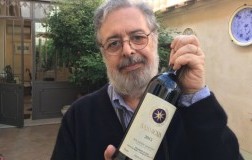 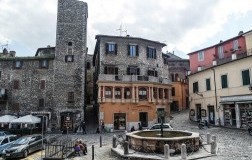 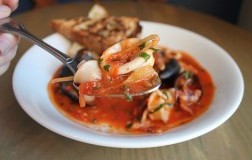