A bit crazy, a bit genius

What is the dividing line between madness and genius? I once asked Bibi Graetz, the famous producer of Colore Testamatta, to explain it to me considering that in a short period of time he was able to the create third-most expensive Italian wine, according to a recent Wine-Searcher classification.

There is no recipe for success. You either have it or you don’t. It is a combination of ambition, courage, ideas, great personality and, probably, even luck.

Bibi Graetz began with a small parcel of land of his own and a lot of creativity. He sold all of his first wine when he presented it at Vinitaly without it even having a name. Initially, it was referred to with the name of the vineyard, Testamatta, but it was later named Colore while Testamatta was used as the name for another of his wines. The labels of his wines are blotches of color that he has created, being an able painter and the son of an artist. They range from yellow to red for Colore and from blue to yellow for Testamatta.

While his success may appear to have been easy for him, it was not and he admits that “there were times when no one would give me the time of day”.

But he aimed high and the fact that his wine penetrated the American market and were sold by the prestigious Enoteca Pichiorri wine shop in Florence helped a lot. As did his tenacity in sticking to his vision, convinced as he was of the wine’s value. His wine is a product with no rules, without classification, made with grapes from various old vineyards in key areas of Tuscany that he chose on instinct, opting to use the region’s leading native grapes.

He expanded slowly, cautiously, investing exclusively in leased vineyards and adopting artisanal winemaking methods in order to make his dream come true. It was his dream and that of his beautiful wife who followed him to Tuscany from Norway and with whom he populated his estate outside Florence with offspring. It is Castello di Vincigliata and is set in the forests of Fiesole. He considers it simply as his Casa Cantina (Home Cellar) where he receives guests with pleasure although rarely. This also to defend his privacy that has been put to the test by his fame and extreme vicinity to the splendid city of Florence. 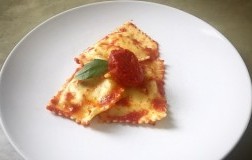 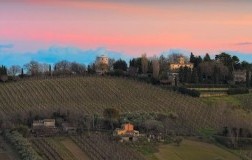 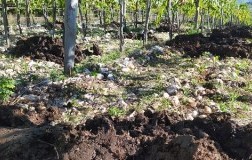