Today I will venture into the world of food and, in particular, cuisine because something occurred that bothered me a lot. Let me explain. Some time ago Agriculture Maurizio Martina asked Paolo Marchi, a journalist and ‘master’ at Identità Golose, to organize a forum on Italian cuisine sponsored by his ministry. The event took place on Monday, March 2, and a lot of important chefs were invited. Among them were Gianfranco Vassani and Massimo Bottura, Marco Reitano standing in for Heinz Beck, Fulvio Pierangeli, Moreno Cedroni and Maurizio Santini. All respected professionals. Missing were chefs like Mauro Uliassi and Enrico Crippa and perhaps some other important figures who are part of the recent history of Italian cuisine, people like Igles Corelli and Bruno Barbieri or Lucio Pompili. These are all chefs with great experience and who have also taught cooking, something which I think was important for what the minister wanted to do.

But there was one person who should have been but was not invited and this is what really ticked me off. Gualtiero Marchesi is the doyen of modern Italian cooking and was the first to take cooking out of the kitchen and turn it into a cultural phenomenon, he being first of all a man of culture. Thus the forum lacked both the past and the present, given that Marchesi still has a restaurant, the Marchesino in Milan, and runs the Alma cooking school in Colorno, near Parma, which is a university to all effects.

Marchesi has brushed off the snub claiming he was too busy with the retirement home for chefs he is setting up a stone’s throw from Alma. This way young chefs will have an opportunity of benefitting from the experience and skills of their elders. Old Gualtiero is a cut above the others and the only reason I can imagine why he was not invited to the forum is either a lack of class on the part of organizers or of foresightedness.

claim his presence might have been a little ‘awkward’, while others say he is not loved by his colleagues, even if they would not be who they are nor where they are today if he had not existed. And there are still others who think that at 85 he is the past. Premier Matteo Renzi did not think that Giorgio Napolitano was too old at 90 to continue as president, and thus did not need to be ‘dumped’, a term he uses for the old guard, yet his minister has decided to ‘dump’ Gualtiero Marchesi, who is perhaps the ex-president’s equivalent for Italian cuisine. Bad scene. 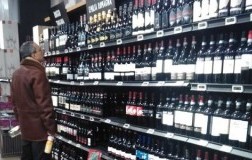 Wine consumption in times of Covid-19 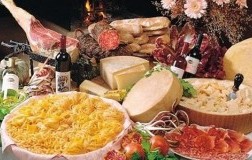 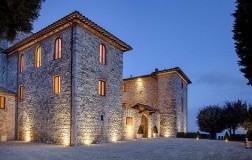 Castello La Leccia, among the vineyards of Castellina in Chianti