The latest developments in the crisis in Ukraine have heightened tensions between the United States and the European Union on one side and Russia on the other. Ukraine is a big, populous country rich in prime materials (including wheat, to the extent that it was once called Russia’s wheat basket) and thus is quite appetizing for Europe’s and the West’s economic system. However, it was also once part of the Soviet Union and a large segment of its population speak Russian and ties between Kiev and Moscow have been close for centuries. Not only that, Russia has been financing Ukraine in a thousand ways, including a discounted price for methane gas, and the credit it is owed is astronomical. With each side convinced it is right, the political world in Ukraine is divided between the pro-European faction and the pro-Russian one as are the people themselves. The fact that the pro-Europeans are in the west and the pro-Russians in the east is explained by the fact that the west was once part of Poland and the east Russia. What does this all have to do with the world of wine? Much more than one might think. The tensions, in fact, have led to reciprocal embargos between the West and Russia and one of the most recent moves by Putin was to block food imports from Europe. According to the farmers’ union Coldiretti, this translates into a loss of 700 million euros for Italy. For the moment, wine is not included in the embargo and this is good because Italy exports 759,000 hectoliters to Russia, six times what we export to China, for a turnover of some 300 million euros, or 7% of the total value of wine exports. What is even more important is that the average price per liter is 4.6 euros, which is almost double the overall average export price and it is even more than what France earns from is wine exports to Russia, 4.4 euros per liter. This make it an almost unique situation and a very important market for the image and quality of the wines we export. The situation should be worked out in mid-September. What we must hope above all is that the crisis will be resolved through common sense and in the interests of the populations involved and world peace in general. For Italy the best thing would be if our exports to Russia are not limited, especially those for wine which are so good. 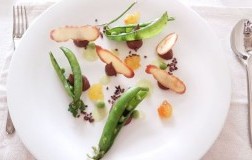 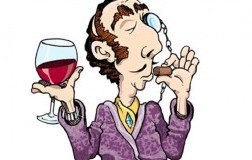 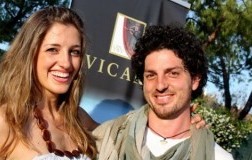 A Cava with a precise and recognizable style