There is a similarity between the worlds of wine and music, both need time. To appreciate a wine you need to taste it repeatedly, while in order to appreciate a record you have to listen to it repeatedly. Listening to music also involves a technical vehicle and a vinyl record is an excellent one. Furthermore, phonetically and etymologiacally wine and vinyl derive from ethyl.

In the early 1990s, I was in Florence studying for my degree in architecture and being a rather bold young man (as well as a wine lover) I called Montevertine and asked to speak with Sergio Manetti. I knew him in passing and he invited me to come and see him and said may even bring out a bottle for me. He had moved to Tuscany where he created one of the world’s best wines, bravely breaking with Chianti protocol and producing a maximum expression of Sangiovese.

When I first tasted Le Pergole Torte 1990 it was an epiphany. I was immediately drawn to its label, designed in the unmistakable style of painter Alberto Manfredi who, small world, for years lived below our apartment in Reggio Emilia. And then there was the wine… one which, aside from Sergio Manetti, owes much of its prestige to the great enologist Giulio Gambelli, who died in 2012.

The wine opens with an ample aroma that represents a land with good temperature variations, underbrush and gorse growing in the sunshine, hills that smell of chestnut and olive trees. The mouthfeel is broad, spectacular, and yet it is a Sangiovese as harmonious as you can find, one which being aged in wood creates doubts among the diehard fans of Bordeaux blends. Aging brings out scents of cacao powder and leather without overshadowing the bouquet’s freshness and notes of wild cherry. This is a magnificent example of a territorial wine created with the utmost selection of grapes and one that has an excellent quality/price ratio among the Super Tuscan wines.

For me, Le Pergole Torte is a point of reference that has guided my experience as a ‘taster’ like a groove in a vinyl record. And just like a bottle of wine, a vinyl record needs care and should be treated with love.

The same spectacular sensations can be found in Someone Somewhere in Summertime from the album New Gold Dream, the 1982 masterpiece by Simple Minds, their turning point record. Their style is immediately recognizable but the record breaks with the past and abandons the pop music approach we had become accustom to. In the songs on New Gold Dream, the phrases are subtle and the choruses, in contrast, are explosive.

The vinyl version released by Virgin Records in England is delicately monophonic in the more intimate parts of the songs to then become more generous, broad and three-dimensional during the instrumental breaks.

A vinyl record needs a high-end player and you need to listen to a lot of records to truly appreciate a great stereo, just like you need many tastings to train you nose to appreciate a great wine. And one’s sense of smell is the only one that always regenerates itself. Just as there are some modern sound systems that can falsify a sound, taint it and alternate frequencies, there are wines that have been tainted and falsified.

If you are used to listening to an album only on computer discs you ears will codify the sounds and so when you then hear it on a high-end record player the experience is amazing. Your body becomes filled with sound waves, your brain becomes inebriated with pleasures much in the same way as if you are enjoying the aroma-flavor of a great wine.

The record player is a machine that turns the record without adding any vibration. All the micro-vibrations a broken up and go straight to sound. There is no amplifier or speaker that can correct a mistake made in recording. If an album is recorded badly that is what you will hear from a record player.

With a wine, if the ingredients are poor, if the growing season went badly, there is little that can be done. A high-end stereo and a great wine speak to the mind, to the stomach and to the heart.

On New Gold Dream, Simple Minds called in Herbie Hancock for the solo on Hunter and the Hunted and in just 16 bars the great jazz pianist recorded one of the best solos on the record and in pop music in general. This underscores yet again how a song can be like a Le Pergole Torte that evokes the land and the pleasing sensations of wild cherry, gorse and underbrush which in Tuscany are unique and, in the end, abstract, immaterial and dreamlike. 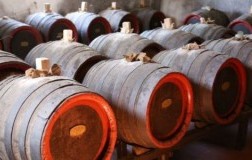 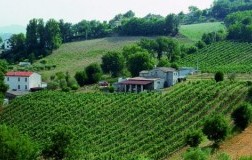 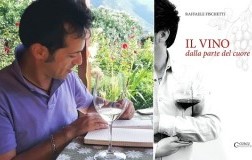 Wine on the heart’s side