The provinces of Venice and Treviso has historically constituted the agricultural hinterland of the lagoon city. Wine production today is governed by Consorzio Vini Venezia producers association.

I must admit that when I first heard about the Consorzio Vini Venezia I thought it was a marketing ploy. Venice is one of the world’s most famous brands and so what could be easier than to link its name to the area’s wines to facilitate their sale. Although I was skeptical I did not want to form an opinion without looking at the facts and so I took part in an educational Consorzio initiative (#FeelVenice) to learn more.

This is how I learned that Venice has very long relationship with wine and not just in regard to its consumption but also production. This did not take place in the city, even if wine was also made on the island of Torcello, but in the city’s hinterland, which was an integral part of La Serenissima (the Republic of Venice). Wealthy Venetians had property on the mainland where they cultivated grapes and produced wines that were often sold elsewhere. Venice’s vast trade ties played a major role in the development of the republic’s winemaking that used local varietals and new varieties from abroad. This is why today you can find wines made from Raboso Piave to Merlot, from Glera to Chardonnay, from Refosco to Cabernet, Pinot Grigio, Lison (ex-Tocai Friulano), Manzoni Bianco, Verduzzo and so on.

Taking all this into account, is makes sense that a producers’ association was created to govern the five appellations found in the Venice hinterland: Venezia; Lison-Pramaggiore DOC; Piave DOC; Lison DOCG; and Malanotte del Piave DOCG. The association has a large number of members, well over 1,700 producers (direct and indirect), who operate in an extremely vast and diversified area: almost 5,000 square kilometers from Pedemontana Veneta to the islands of the Venice lagoon, in the provinces of Venice and Treviso.

The whole area is defined by water because of the rivers that run through it (Brenta, Piave, Livenza and Tagliamento) as well as its geological formation that was both glacial and alluvial. It would be more precise to refer to this area as two macro-areas: the high plains where the soil is gravelly with good drainage, and the lower plains where the soil is composed of finer substances, mostly clay and silt.

A tour of the vineyards or a review of production regulations is sufficient to comprehend the large number of varieties cultivated here although the commercial success of the area’s wines is primarily thanks to two varietals: Glera (for Prosecco) and Pinot Grigio (the basis for Venezia DOC). These two grapes have been a blessing for producers and ensured them a livelihood and future, with quick turnovers allowing them to re-invest in their estates, even working with other varietals. Prosecco’s success has been planetary and Pinot Grigio’s has been similar thanks above all to sales in the United States, where it has become synonymous with Italian white wine and absorbs 45% of Veneto’s Pinot Grigio exports. One could complain that most of the exports are of commercial wines (we won’t go there) but the fact remains that these wines have the merit of guaranteeing winemakers a quality of life that at one time was unimaginable.

Nevertheless, winemaking here is not just limited to these two varietals and the Consorzio has been active in bringing back ancient varieties. One of their more interesting initiatives is the creation of a vineyard inside the grounds of the Convent of the Order of Discalced Carmelitesthat is a collection of biodiversity and is just a stone’s throw from the Santa Lucia train station. An area inside the convent’s mystic garden has been set aside to bring back varieties that were historically cultivated in Venice, both native and those monks and local nobles would bring back from their trips abroad. Currently, there are some 20 varieties being cultivated there including various types of Malvasia as well as Raboso, Refosco, Lison and others. The grapes are cared for by the convent’s monks and since 2016 a small part of the wine they produce is used for celebrating mass.

Aside from this important project there is another one of note: the creation of an organic district, for which a special association has been set up that brings together, aside from the Consorzio, the Strada dei Vini (Wine Roads) organization and the Italian Association for Organic Farming as well as a host of producers. 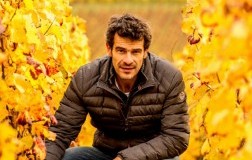 Nicolas Maillard, the engineer of Champagne 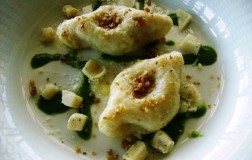 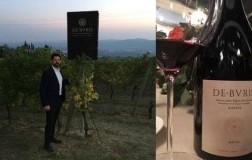 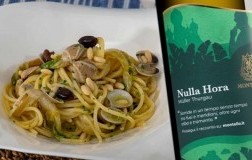 Spaghetti with clams and escarole