The climate changes are evident to everyone. Like it or not, the wines of the future, a very near future, will be quite different from the ones we drink today.

The recent conclusions from Attilio Scienza, a professor emeritus and great winegrowing scholar, on how winemaking will change in Italy are of extraordinary importance. In an interview give to Cronache del Gusto, our ‘brother’ publication directed by Fabrizio Carrera, he made a very clear and serious analysis on a situation that we are now all aware: how the climate of the Mediterranean basin is becoming tropical. Here are some of his observations.

“Research on the rootstocks is fundamental. In Milan, we have already created varieties that are resistant to this kind of climate but we know that much remains to be done. We must not ignore the signals that Mother Nature is sending us in order not to be caught off guard.

“We are facing an epic change. Italian wines will increasingly become similar to those from Australia or California, just as the wines of the north will become similar to those now from the south. Like it or not, the wines of the future, and not a distant one, will be quite different than those of today. It is a cycle which has already taken place and will occur again.

“Should we resort to irrigation? It is too late this year because it should have been done in July. And then it is very expensive and not all winegrowing areas have the possibility to carry out this human intervention. It would be a mistake to do this now because the plants would not be able to metabolize the water and it would have a negative effect on the quality of the wine that will be made. In the winery there would be problems regarding sulfur, bacteria and sugar levels. It would be best to leave things as they are. Even rain now would have negative effects”.

I recently spoke with Francesco Paolo Valentini, a rigorous and very traditional Abruzzo producer, who expressed similar views. “I almost never obtain analytic parameters that are consistent with the propensity of my wines to age, above all the Montepulciano d’Abruzzo. For this reason I am now diversifying my agricultural production and growing more on olives, for which I have built a new mill”.

Many things are changing and, as usual, there will be those who will seek to understand this while others will put their heads in the sand or make outlandish things claims like the problem of climate change can be resolved with a magic wand or by China and India closing down their industries to reduce greenhouse gases. Or that the Trump Administration will suddenly see the light and with an about-face adopt the Paris climate accords. For these people the problem is so simple. 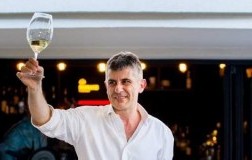 Mastroberardino Stilema: The greatest Fiano ever 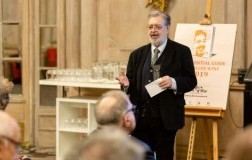 The Essential Guide to Italian Wine 2019 landed in London

A great wine, a small price