The Declension of Wine

Don't worry, I'm not going to quiz you on Latin second declension neuter substantives (vinum - for example). What I want to do is return to an argument I addressed some time back in which I defended the so-called 'wines to drink', in other words those wines that are fragrant, simple, immediate, both reds and whites, and that can be drunk without any problems. Wines that usually get reviewed in specialized guides like Gambero Rosso's Almanacco del Berebene (Almanac of Drinking Well) or Slow Food's Vino Quotidiano (Daily Wine). Sometimes these wines get some recognition in the classic guides but they are in a category that does not qualify for the various top ratings like Three Glasses/ Five Grape Bunches/Five bottles and so on, even if it has happened. This because were they to be taken into consideration in those categories it would be like racing a world champion rally car in Formula One. For sure it would make it across the finish line, thanks to its reliability, but at least ten laps behind.

What does this have to do with anything? Just to point out that opinions are always relative to specific categories, that there is not just Formula One, and that quality is not an absolute. In other words, in regard to wine quality needs to be declined in many different cases. Organoleptic parameters exist but so do others like price, availability, consistency and drinkability. One could publish different, specific guides, with a host of other prizes awarded out for a variety of reasons if they wanted. They do something similar for the Giro d'Italia or Tour de France cycling races with an overall points classification, a mountain classification and so on. How many people know that aside from the leader's pink jersey in the Giro there is the green one for the mountain leader? Why am I going on like this? Only because sometimes in the specialized press, especially online, certain peculiar observations are made that, while representing a minority view, contest recognized classifications - including those drawn up by the best tasters - of the best Italian wines. Their argument is that these classifications are ''not original'' and do not reward, for example, wines like a Santa Maddalena or a Lambrusco, while praising them on other occasions. Rik Van Looy, who in the 1960s was a magnificent finisher and great contender in one-day races, never won a Giro or a Tour. The same goes for Rudi Altig and, just to name an Italian, Mario Cipollini. And yet they were great champions. Thus you could say that Santa Maddalena is like Cipollini, whereas a Barolo is like Faust Coppi or Eddie Merckx. It's not rocket science and I'm sure you all can see that. But then you, my readers, who are wine lovers, curious and competent, maybe even about cycling, understand things in a flash. 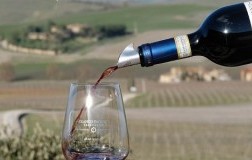 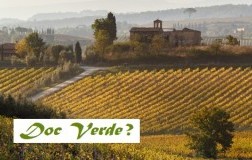 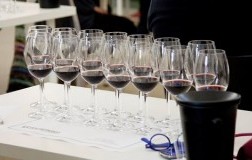