Every once and a while someone refers to DoctorWine as a “blog” which is not true because we are an online magazine, or if you prefer a “webzine”, which is something much different. What’s more we are an officially registered publication with an editor-in-chief and managing editor who have been professional journalists and members of the national journalists’ association for over 20 years.

This is an almost a unique case in the world of food and wine journalism. I am saying all this because after recently watching the Report investigative news program on state broadcaster Rai 3 I felt it necessary underscore the differences between the two. As correctly reported in the program, journalists are obligated to respect a code of ethics drawn up by the journalists’ association and we, as I hope all other journalists do, try to apply this code to the letter. The code states that there must be a clear distinction between editorial content and advertising that allows reader to easily distinguish between the two.

This is not designed as a measure against advertising but only one to clearly recognize it as such. What this means is that, for example, you will never find on DoctorWine an article that has been paid for by advertisers. Another measure in the code deals with the direct participation of journalists in TV commercials and advertising campaigns and states that a journalist must not lend his professional image to such activities because there must be no possibility of confusion between the two, something which I totally agree with. All these conditions explain why DoctorWine is not a blog and yours truly is not a “blogger”. The reason why I dwell on this is because, as anyone who saw the Report segment knows, in the world of “blogging” there can be an overlapping, a blurred line between content and advertising and this represents a slippery slope, to say the least. This may explain why many leading food companies are now shifting their advertising budgets towards some of the more successful “blogs” and away from traditional venues.

The vast majority of “bloggers” are not professional journalists and thus do not need to respect any code of ethics, much less their readers. And they unscrupulously involve themselves in promotional activities by pretending to offer friendly and authoritative advice on the merits of products like Mellin baby biscuits. I have nothing against Mellin, whose biscuits I think even I was weaned on, but the way they advertise their products which is, if not occult, questionable to say the least. The same goes for the role of certain “bloggers” who are beginning to present themselves as testimonials for the quality of a product on TV and in the printed media. Actors and TV celebrities have always taken part in advertising campaigns, without having any direct connection with the product, but it is clear to everyone that they are acting. But, frankly, I feel it borders on the extreme edge of acceptability that sneaky little bloggers, who view themselves as reputable informers, present themselves as food experts without making it clear to the public that they are only pitching a product.

While not wishing to defend the category of journalists, which has its own problems, I would like to point out that if I published an article on commission or appeared in a TV commercial as an authoritative journalist, I would immediately be expelled from the journalists association, whereas a “food blogger” would only reap in the economic benefits. And what about the reader, the public? And the trustworthiness of what is written? No one seems to care about this, especially all those sneaky little bloggers. And so the overlapping, the blurred line between information and advertising increases day by day… 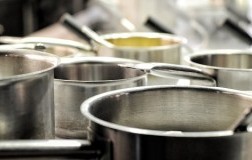 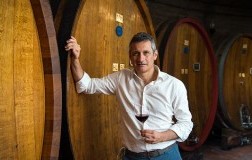 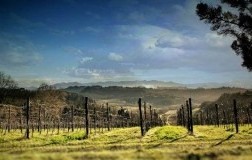 Agile wines from the Pisan Hills