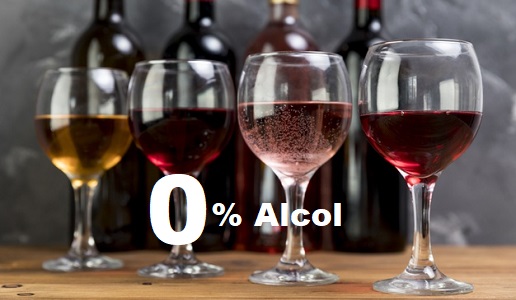 There is an enormous market for non-alcoholic wine but to call it wine is a contradiction of terms. This is because if there is no alcohol, then it can’t be a wine, just like no one would dream to call “coffee” made from chicory (bad memories) coffee.

Many are somewhat perplexed and polemics abound over so-called non-alcoholic “wine”, the production of which already exists in various versions, and a debate is underway in Europe on how to properly regulate it. These are wines made using particular procedures, totally invasive, which remove the alcohol component from wine.

This is a little disturbing and one wonders whether it would have been healthier and more simple to make non-fermented grape juice rather than this abomination. The truth be told, wine is also a status symbol for many people and it is so also for those who, for different reasons, even religious, cannot or do not want to consume alcoholic beverages and yet they want to have access to an “classy” product which they can easily afford. Thus “plain” grape juice is not enough. They want something that recalls the culture of wine without violating their religious or health beliefs.

This is the main reason there exists a market of consumers ready to pay considerable sums for something that resembles wine but is not wine, or at least is no longer wine.

By law, the term “wine” is reserved for a beverage based on fermented grape must and with an alcohol content, final or potential, of at least 9%. Anything lower than this would not qualify as wine. The level is the minimum requirement and thus rules out any possibility of non-alcoholic wine being called “wine”.

My father, who is almost 99 years old, sometimes recalls how after sanctions were imposed on Italy by the League of Nations, for its colonial war in Ethiopia, coffee became very scarce and was substituted with a powder obtained from toasted chicory. No one would have dreamed of calling it “coffee”, so much so that the term “chicory” became an ironic and popular way to greet someone, as a substitute for “ciao”. There was clearly a great difference between “coffee coffee”, as they were referring to it then, and the “surrogate”, as they called that chicory-based concoction.

I believe the comparison is a valid one.