The year 1968 is not only famous for the student protests in France but also for a lot of important events that took place in the Italian wine world. In fact, a real revolution took place in Bolgheri, the town made famous by Carducci’s poem “In front of San Guido” which spoke of the two parallel rows of Cyprus trees leading to the village. And on this tree-line road you can still find San Guido, the agricultural estate of the Marquises Incisa della Rocchetta and home of the late Mario Incisa della Rocchetta. They began producing wine there starting in 1948, a wine called “della (from) Sassicaia”, the name being that of the vineyard that extends beyond the grounds used for horse training. The Incisa family, in fact, were famous thoroughbred breeders, producing such champions as the legendary Nearco and Ribot as well as the best horses of the Razza Dormello Olgiata breed, which were trained on the track near the vineyards. Mario Incisa della Rocchetta went so far as to hire Federico Tesio, the most famous thoroughbred trainer in the history of world horseracing, to work for him.

While all this has nothing to do with wine, Mario Incisa’s convictions, which were almost a naturalist philosophy, do as does his being related with the Antinori family. This because one day Niccolò Antinori and his son Piero suggested that he hire Giacomo Tachis to expand the production of the wine he made for his own consumption in Bolgheri, which at the time was not an area known for producing great reds and was made with Cabernet Sauvignon, initially planted with grafts Incisa had acquired from the Duke Salviati di Migliarino.

This led to the creation of Sassicaia, the first vintage of which was a 1968. It was later learned that this vintage was, in fact, a blend of the 1966, ’67 and ’68 harvests, and perhaps even a little wine from ’65 and ’69. But as contaminations go, the student protests in Paris were inspired by those in Berkeley in the years leading up to ’68 and Marcuse was also an idol of French intellectuals. It should also be remembered that the wine made its debut on the market in 1971, more than two years after the ’68 grapes were harvested.

Sassicaia was a totally different wine than anything that had been tasted in Italy before. Starting with vintage 1972, French barriques were used to age the wine,  225-liter oak barrels made with wood from the Massif Central area of France. It was an experiment that had probably only been tried in Italy by Nello Letrari, the then-enologist for Bossi Fedrigotti, to produce Foianeghe Rosso, near Rovereto, in 1962. Sassicaia was also different because it came from a place like Bolgheri, better known for its beaches, pine forests and horses, while the wine there was always considered mediocre, the appellation at the time only called for the production of a rosé. Furthermore, this new wine was not made with Sangiovese, Tuscany’s prize grape, but with the very French Cabernet Sauvignon with a small addition of the equally French Cabernet Franc. And what’s more, Sassicaia was the result of an experiment and not the product of tradition. For the sleepy and conservative Italian wine world, all this was something totally revolutionary. Being a man of intelligence and great sensibility, Gino Veronelli immediately recognized this wine’s potential and began writing about it. By the middle of the 1970s, Sassicaia, a red wine without an appellation and from a virtually unknown area, had become a legend on the Italian wine scene and lit a fuse that would ignite a peaceful wine revolution, first in Tuscany and later the rest of Italy. I would even go so far as to state that all modern Italian wines are its descendants.

Which are Sassicaia’s best vintages? Don’t tell anyone but I prefer the 1988 and ’85, the latter being the most praised. Then I like the ’98 and the 2001, while among the older vintages the ’77 and ’78. Of the newer vintages, there is the 2009 and then the ‘magical trio’ of 2011, 2012 and 2013. Mario Incisa died almost 30 years ago and since then his son Niccolò has been at the estate’s helm, a reserved and kind man who has worked away from the limelight to provide us wine lovers with incomparable wine jewels. For the past few years Niccolò’s daughter Priscilla Incisa della Rocchetta has joined him and ensured continuity at the estate.

Today Sassicaia, which was given a DOC appellation in 1994 as Bolgheri Sassicaia, is perhaps the most famous Italian wine among wine lovers and critics around the world and is often compared to the premier cru of Bordeaux.

Back in the 1920s, when he was young, Mario Incisa tasted the red produced by Duke Salviati di Migliarino, made with Cabernet Sauvignon, and wrote how it reminded him of an old Bordeaux he had tasted not long before.

Sassicaia, or better Bolgheri Sassicaia, is today made with a selection of grapes from some 90 hectares of vineyards. While the exact amount produced is not known, it probably does not reach 200,000 bottles a year, half of how much Bordeaux premier cru is made. The price of the latest vintage available, 2013, is around 180 euros a bottle retail, while the rarer and more prestigious vintages can fetch even more than 2,000 euros a bottle at international auctions.

This long introduction is a prelude to a complete vertical tasting of Sassicaia that will be presented online and in installments starting tomorrow. 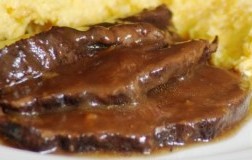 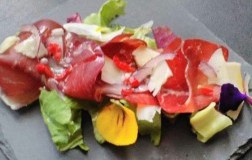 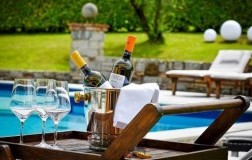