Has anyone seen a Nobile? 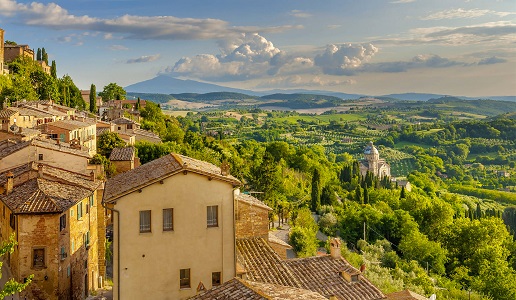 The title of this article is the product of a sad observation. It is getting evermore rare to find a Vino Nobile di Montepulciano on wine lists and the further away you get from its area of production the rarer it gets. Outside Tuscany, in fact, it is almost impossible to find one except for here and there and usually the same old labels. The situation is a bit better in Switzerland and Germany, traditional markets for this wine.

This strange phenomenon underscores how important it is to have the support of institutions – producer associations, local and regional governments and so on – to keep a wine in the spotlight and consolidate its presence on the market. The situation becomes even stranger when you consider how interesting Nobile’s more recent history is. This was the first wine with a guaranteed and protected designation of origin (DOCG) classification to be put on the market, it is available at very competitive prices, the quality is good and the territory is comes from is beautiful with the town of Montepulciano bustling with activity. There is also an ample array of different versions that all stand out for their quality. The problem would appear to be that this wine has not entered the collective imagination. At the same time, however, there are some estates that are doing very well thanks to the business know-how of their owners, for example Polizano, Boscarelli, Dei and Salcheto.

During the premier week for the new vintages of the great Tuscan wines, I noticed how some of my colleagues ‘skipped’ the day dedicated to Nobile, which traditionally takes place between those dedicate to Chianti Classico and Brunello. The fact that this year it came between the days for Vernaccia di San Gimignano and Brunello changes nothing. Why did they skip these tastings? Perhaps they do not believe in the area’s ability to make a comeback, something I do not agree with. There are plenty of good Nobile wines that cost less than wines of equal quality. Maybe they see little movement to promote the wines and the ones that have visibility are the usual suspects, although there are the occasional ‘intrusions’. For sure, the producers’ association could do more but it seems to be stalled by incomprehensible policies that are old and produce little results. Making matters worse is that the association continues to lose some of its better elements who become frustrated over the difficulty of changing things from the inside and have preferred to go and work elsewhere. And there is undoubtedly the problem posed by the imposing presence of the wine cooperative, which is also locked into a 19070s-‘80s mentality. The cooperative produces some 70% of Vino Nobile and this creates a problem for Nobile’s image and keeps the area from progressing. The policies adopted by the major distributors also does not help and unfortunately the lovely ‘Cantina del Redi’ project faded away after a decidedly promising start.

The following estates demonstrated a marked improvement in quality with their vintage 2013. I would like to draw attention to the courageous move by Salcheto to put only Nobile on its label, thus avoiding the full name of Vino Nobile di Montepulciano which is clearly less appealing but imposed by law. After years of fighting losing battles against the name Montepulciano d’Abruzzo, perhaps the producers’ association should pay more attention to other pressing problems, including those mentioned above, and come up with new ideas that may be more simple but are commercially more viable. 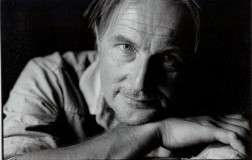 I stand with Walter Massa 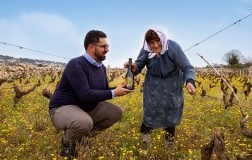 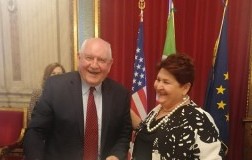