I had heard about the Jasci & Marchesani winery for some time from friends, wine experts and colleagues but did not get a chance to their wines until I ran cross them at a trade fair. At their stand they were advertised as being from the Region of Abruzzo, the town of Vasto in the province of Chieti and most of all what was flaunted was that they were an organic winery. I am not a purist and just the fact that a wine is organic wins no points from me. However, I was so surprised when I tasted their wines that it was inevitable that I would have to visit the estate to get a better picture.
There I discovered that Nicola Jasci, who is currently running the winery, is a third-generation winemaker and that the estate has been organically farmed since the 1960s, long before this was something that had to be certified. When certification did come about, their registration number was 003, meaning they were the third organic estate to be official recognized in Italy.
Over the years, Nicola’s father acquired a lot of land and planted a lot of Montepulciano, three different clones but all with small grapes and well-spaced bunches. Montepulciano the way they say it used to be. The vineyard is 300m above sea level and the sea can be seen in the distance. The area is breezy and the fruit trees have grown bowing to the wind.
Nicola and I walk through the lines of vines, those that produce 150,000 bottles of his stock Montepulciano a year. He told how harvest takes place over a period of more than 20 days because the three clones ripen at different times. This is important for those picking by hand and want to process the grapes as quickly as possible in order to keep the winery neat and clean. Nicola has done some innovation at the estate and has successfully planted certain grapes that would seem to be improbable for the zone. The fact that he planted Chardonnay did not surprise me but that he had also planted Riesling was intriguing.
Back at the winery, Nicola took out a bottle with a cage on it and said the words traditional method. My first reaction was: why bother? However, the wine took me by surprise. It was a traditional method without any dosage, a blend of Pecorino, Chardonnay and Riesling of which he makes 3,000 bottles a year. All I could do was bow, as those fruit trees did to the wind, before such care and skill with which Nicola is achieving excellence.
Two opposing terms best describe Jasci & Marchesani, terms that may now seem to be over-used but in this case hit the mark: tradition and innovation. In the cycle from the vineyards to winery nothing has been forced and respect and work are two other words that perfectly describe this winery. 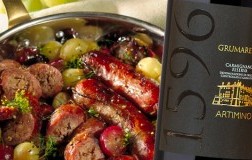 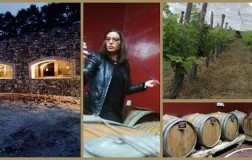 From Cilento, the surprising wines of Francesca Fiasco 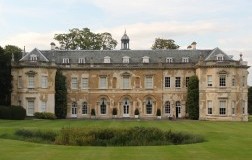