Tar Lazio: no to Grillo and Nero d’Avola only Doc Sicilia 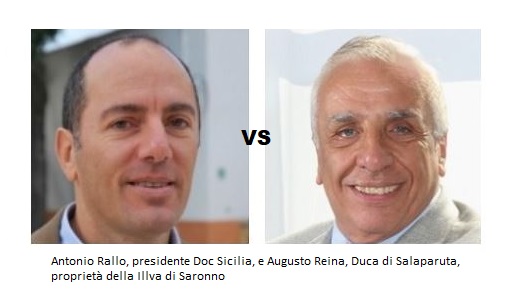 The administrative judges uphold the appeal of the Duca di Salaparuta who opposed the decision inspired by the Consortium Doc Sicily to no longer be able to use on the label the names of the two varieties in the IGT Terre Siciliane.

A huge problem for the consortium Doc Sicily in this rainy autumn. The Lazio Regional Administrative Court upheld the appeal of the Duca di Salaparuta. Therefore, the administrative judges rejected the amendments to the regulations of the Doc Sicilia and Igt Terre Siciliane that in fact imposed the possibility of writing on the label the name Grillo or Nero d'Avola only in wines branded Doc Sicilia. Changes wanted above all by the consortium to guarantee Nero d'Avola and Grillo, the two most representative grape varieties of Sicily, the protective umbrella of the Sicily DOC. The idea was to no longer produce wines Igt Terre Siciliane with the name on the label of the two varieties mentioned. The decision of the consortium Doc Sicily dates back to early 2016, but found the opposition of the Duke of Salaparuta (now owned by Illva di Saronno led by Augusto Reina) who has expressed its opposition both publicly with advertisements in newspapers and, precisely, with an appeal to the Tar that results in this resounding judgment. And that produces immediate effects. Therefore, even with the harvest 2019 we return to the past. And that is with the ability to produce and sell bottles or other packaging Igt Terre Siciliane writing Grillo and Nero d'Avola on the label.

The administrative judges with a ruling filed last month in substance uphold the appeal of the Duca di Salaparuta mainly for two reasons. The first is that the decision to change the rules of the IGT would have taken place without a decision of the assembly, but only the top management of the association Terre Siciliane, a formal step that according to the judge had to be stopped by the institutional bodies in the various stages of the process thus recognizing a flaw in form.

The second reason concerns more properly the aspects of certification. For the judges of the Lazio Regional Administrative Court, in fact, the decision to impose the use of the name Grillo and Nero d'Avola only on wines bearing the DOC Sicilia trademark is not an enhancement and in fact penalizes the production of the IGT trademark. Inspired by laws and regulations, the judges explain, in summary, that you can not change a disciplinary to worsen their prospects. That is what would have happened in Sicily. Judge rapporteur Maria Laura Maddalena writes in the sentence that the change "is not intended to enhance the production of Grillo and Nero d'Avola wines as IGP (indeed it determines an obvious debasement) but only as DOC. Instead, the specification, and its amendments, must aim to enhance and protect the products of its name.
There is more. "The provision, only for the nero d'Avola and grillo varieties (unlike all other varieties) of a prohibition of labelling - the judgment states - significantly prejudices the commercial potential of producers of PGI wines, as plaintiffs, limiting the freedom to compete with their products in the market for PGI wines. It is therefore an anti-competitive measure, which is not justified by significant reasons of public interest but only by reasons of commercial policy, aimed at encouraging the production of DOC wines".
And if the first point contested by the judges could be called into question by a new procedure that this time takes into account the will of the members of the IGT, the second has a much more complex and delicate aspect and touches the foundations of the system of Italian designations. It is not a mystery, in fact, that this sentence is causing much concern to many protection consortia that govern doc with systems of rules similar to those triggered by the Doc Sicily and that have decided to provide an umbrella protection to most of the wines branded IGT. Because a possible confirmation of the ruling of the Regional Administrative Court would in fact create a precedent jurisprudence.
The consortium Doc Sicily is preparing to appeal to the Council of State, which is the appeal body of the Tar to hope in reversing the judgment of first instance. The game is very delicate. The lawyers of the Duca di Salaparuta led by the lawyer Andrea Manzi have announced that they will speak to the press in the coming weeks. The Doc Sicily has relied on the lawyer Duilio Cortassa with extensive experience on these issues.
However, there is some discontent among the members of Doc Sicilia who, it seems, have not been informed of the ruling. A detail not appreciated by many. Although in the world of Sicilian wine a swirling word-of-mouth has been unleashed. And in any case the consortium Doc Sicily crossed their fingers in the verdict of the Council of State that the eye and cross should pronounce within a decade. Already today, December 17, there is a summit at the ministry to agree on a common action in the appeal. In fact, the Ministry of Agriculture and the Sicilian Department of Agriculture are involved. In any case, the case will be concluded next year. A 2020 crucial for the Sicily Doc that is called to re-elect its leaders. By the beginning of next spring, the term of office of President Antonio Rallo and the Board of Directors expires. Rallo with the current one is in his second term as president.
The interests at stake on the issue between Doc Sicily and Igt Terre Siciliane are relevant. Let's give some numbers to understand the extent. The Sicily Doc has had a tumultuous growth since it was established in 2012. But it has had a further significant boost precisely because of the changes in the regulations of the IGT Terre Siciliane and Doc Sicily. In 2017, 29 and a half million bottles (or other packages) under the DOC Sicilia trademark were claimed. Which have become 88 million as of November 30 last. Almost three times in two years. Conversely, in 2017, 184 million bottles (or other types of packaging) under the Igt Terre Siciliane brand were produced, while on 30 November last, the bottles had fallen to 109 and a half million. In these figures there are at stake some significant numbers of the business and the image of Sicily's wine. The appeal to the Council of State must be filed by January 6. Then the feverish wait for the sentence.
Source: Cronache di Gusto 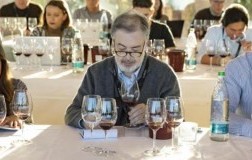 Barolo at a reasonable price

Bulzoni, a wine shop with food 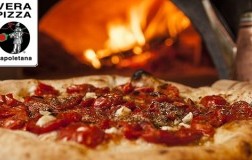 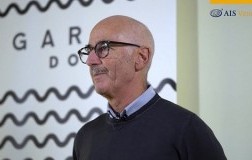 Mourning in the Verona area: Luciano Piona of Cavalchina passed away