Here is the 9th edition of Vino in Cifre

Il Corriere Vinicolo presents Vino in Cifre 2019: the numbers that illustrate the evolution of the sector at a global, European and Italian level.

Corriere Vinicolo presents the ninth edition of Vino in Cifre, published by Unione Italiana Vini in partnership with the Osservatorio del Vino and in collaboration with the Associazione Italiana Sommelier. In 72 pages of tables, graphs and exclusive elaborations, the evolution of the wine sector at world, European and Italian level is illustrated: from production potential to consumption, from trade to prices and the reconfirmation of the section "Vino in Cifre Bio", dedicated to the organic wine segment.
In a nutshell, these elaborations allow us to affirm that the year just ended leaves us the legacy of numbers that allow only moderate satisfaction. In fact, a recovery in consumption on the domestic market, confirmed by the positive Christmas closing, is counterbalanced by a trend in the international market where our country does not always play the role of a primary player, but in some cases a secondary player, especially on still wines.
Moreover, the uncertainties linked to Brexit, the slowdown in the Chinese economy and the trade disputes underway between Beijing and Washington, are certainly not reassuring conditions with which to start this 2019. In the USA, then, the shutdown is beginning to create the first administrative problems, having blocked the activities of the TTB (Alcohol and Tobacco Tax and Trade Bureau), with repercussions that, probably, will not delay to reverberate on our sector. A sector that, after the fluctuating vicissitudes of the 2018 harvest, with significant reductions in prices at source and speculative attempts made by several parties, needs to regain cohesion and unity of purpose.
In the last 10 years, the world geography of wine has changed profoundly: the European Union has now reduced its weight on total trade from 70% to 57%, while the Asian continent has gained 13 percentage points, reaching 20% today. China alone now accounts for 10% of total world trade in packaged wine, 3 points from the U.S., and is a market on which there has been fierce competition: just think that among the top 11 wine-producing countries, 7 have Beijing among the top 5 destinations, while only 10 years ago there were only a couple. For Italy, unfortunately, China is, and remains, a marginal destination, even if the great work done by the joint MISE-ICE-UIV table is beginning to bear fruit.
Vino in Cifre 2019 is freely downloadable in PDF format at this link.
WINE IN FIGURES 2019. NUMBERS IN PILLS
The consumption of wine in the world. 286 million hectolitres of total alcohol consumption of 2.5 billion (11%)
The first country to consume red. China (17 million hectolitres)
The first country to consume white. The USA (13 million hectolitres)
The first country to consume sparkling wine. Germany (3 million hectolitres)
Value of wine imports in the world. 35.4 billion dollars (2017), of which 71% is still wine and 18% sparkling wine.
First exporter of sparkling wines. France (3.5 billion dollars). But Italy has the highest growth rates in the last 15 years: +13%.
The country paying the most for one litre of still wine: Hong Kong (25.18 USD)
The first bottled wine supplier in the EU. Chile (1.5 million hl)
The largest vineyard in the world. Spain (954,000 hectares)
The most planted region in Italy. Sicily: 99,000 hectares out of a total of 652,000
The region that has grown the most in the last 17 years. Veneto: 90,000 hectares (+16,200)
The surface of the organic vineyard in Italy. 103,000 hectares, 16% of the total, of which 36,000 in Sicily
Number of bottles of PDO wine produced in 2017. 1.8 billion
The most bottled PDO ever. Prosecco Doc (439 million bottles in 2017)
The weight of the first 5 PDOs on the total number of bottles with designation of origin. 44% (Prosecco Doc, Chianti, Prosecco Superiore CV, Montepulciano d'Abruzzo, Asti/Moscato)
Top 5 destinations for still Italian bottle wines. USA, Germany, UK, Canada, Switzerland (68% of the total value)
First 5 sparkling wine destinations. UK, USA, Germany, France, Switzerland (64% of total value)
First 5 sparkling destinations. Germany, USA, Mexico, Austria, Netherlands (64% of total value)
First 3 bag-in-box wine destinations. Sweden, Norway, Germany (54% of total value)
The value share of Prosecco on Italian exports. 61% of total sparkling wines, 15% of total country exports (September 2018 figure, 634 million euro)
First supplier of bottled wines and sparkling wines in Italy. France. Average price: 23 euro/litre sparkling wine; 4.51 bottled wines.
First supplier of bulk wine in Italy. Spain. Average price 0,51 euro/litre
The per capita consumption of wine in Italy. 36 litres (31 litres of beer)
Share of wine consumers in the total population. 53% (28.6 million people

The sadness of Barolo 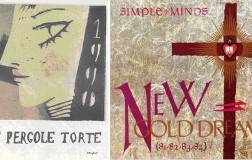 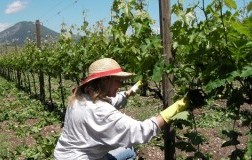 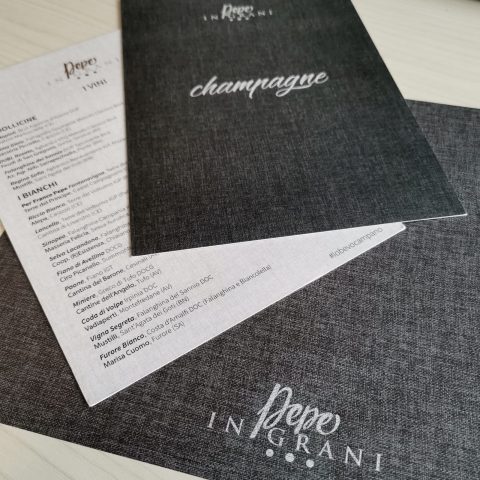