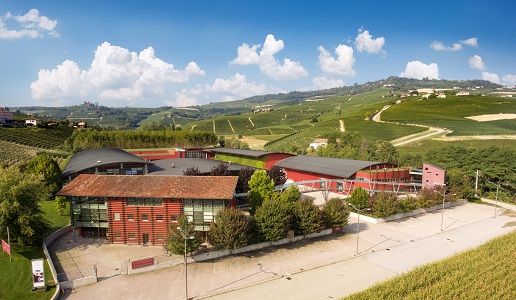 Vite Colte has always dedicated itself according to high quality criteria to a vast viticultural heritage and to the experiences of many winegrowers, but at present it focuses also on the classic method, but with the selection of vineyards strictly above 500 metres above sea level.

The Vite Colte project began in 2010 with a single, strong basic premise: the creation of wines of the highest quality produced from selected vineyards and managed with care, attention and rigor by farmers and agronomists. The extension of the plots belonging to each winegrower is very low. The team of technicians in the management of the vineyard, to guarantee the quality of production, supports the personal commitment of the individual partner: nowadays it counts as many as 180 winegrowers, who are the owners of over 300 hectares in the most suitable areas of Piedmont.

After a few years of experimentation in the vineyard and in the cellar dedicated to the most important viticultural projects of the company, with the 2016 harvest Vite Colte began the production of its first Alta Langa sparkling wine. It is a relatively recent denomination, which is attracting strong interest from the world of restaurants and from the most attentive consumers. The Alta Langa, however, has a very strict disciplinary compared to its competitors (Champagne, Franciacorta, TrentoDoc) as it is the only denomination that, in addition to prescribing a minimum aging on the lees of 30 months, provides for a minimum altitude of the vineyards of 250 meters above sea level. Already with the first vintage, however, Vite Colte decided that this restriction, although important, was not enough to achieve the quality objectives and decided to "raise the bar". 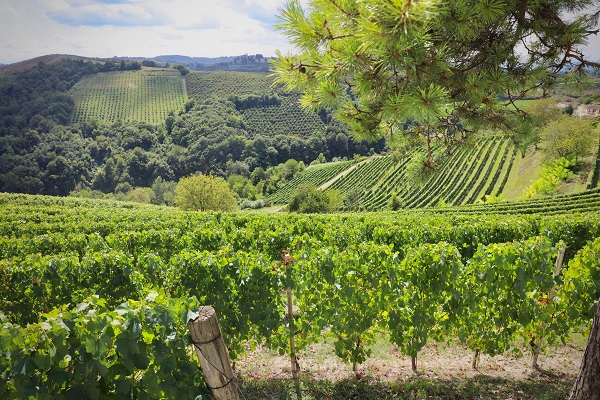 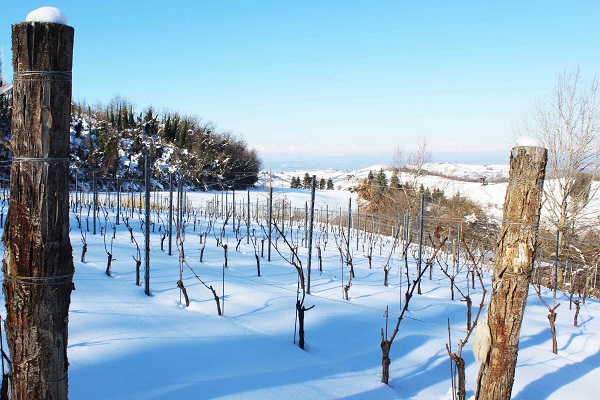 Vite Colte begins to select the land at an altitude of over 500 metres above sea level, with soils of the Serravallian type. In the vast area of the Alta Langa appellation there are at least 4 types of soils, but these are easily distinguishable by the presence of yellowish grey sandy or arenaceous layers, with frequent presence of fossils alternating with layers of greyish marl. The stratified sediments of marl and sandstone are strongly cemented by the presence of limestone. This type of soil is not very fertile for the cultivation of cereals, but is very well suited to high quality viticulture. These soils even spread to the area of Barolo production, in particular towards the municipalities of Monforte d’Alba and Serralunga d’Alba.

An important mention goes to the climate of the Alta Langa area.

In the Langhe the climate is typically temperate continental, but in the part of the so-called Alta Langa (over 500 metres) the climate has strong Apennine influences with average Summer temperatures of 2° C lower than the Langa of red wines (the Bassa Langa). The decision to move the vineyards at high altitude for the production of sparkling wines was dictated by the need to escape the temperature peaks in maturation and postpone the harvest for 10-15 days, depending on the vintage, between the last week of August and the first of September.

From these vineyards, we obtain a Pinot Noir and a Chardonnay with an important structure, which will then be made elegant by the long ageing on the lees.

The first goal is to produce a great wine, which forms the basis for the prise de mousse. It is a blend that, with slight variations from year to year, contains 80% of Pinot Noir and 20% of Chardonnay. After the liqueur de tirage, the ageing continues on the lees for a minimum of 30 months.

The aromatic picture that presents itself in this sparkling wine is rich in nuances, with a complexity that aims to describe and highlight the company's production style.

Vite Colte has decided to highlight on the label, starting from the 2017 harvest (now on the market), the mention Cinquecento (five hundred) to pay homage to the high altitude at which the vineyards are located.

"We have selected the vineyards in an acclaimed area among some municipalities of the Alta Langa exclusively above 500 and 600 metres above sea level" explains the president Piero Quadrumolo. “The work involved some of the best winegrowers and with them we set up a project to obtain high quality grapes and musts, in collaboration with the team of agronomists. The quality level must be absolute and constant and the management of the vineyards sustainable and integrated, as has been the philosophy of our company for over 20 years.

And on the label, we want to celebrate this area with its high hills: an area of ​​Piedmont that is increasingly suited to vine growing."

The noble side of Lanson: Noble Cuvée 2002 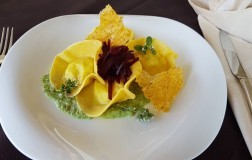 Cod Ravioli on a zucchini puree and polenta chips 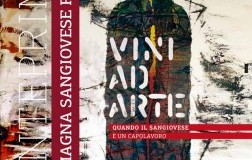 Some thoughts on Romagna