My first time in Chianti Classico 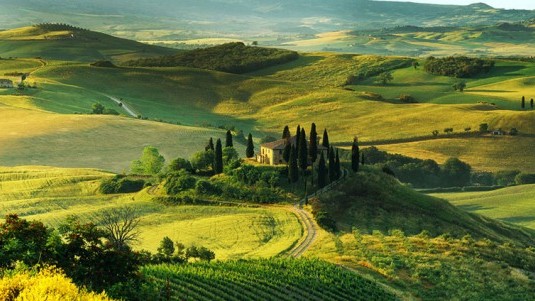 Taken in part from Memories of a Wine Taster, Einaudi 2006.

Who has not at least once in their life thought about giving it all up and moving to the Tuscan countryside? This was once even feasible because the prices of land and farm houses were not as high as they are today. And this was particularly true after the devastating frost of 1956 that destroyed a large part of the region’s vineyards and olive groves, many of which were abandoned. Those who used to work the land sought work in the mechanical and leather industries that had sprouted up at the time in the Arno Valley and sold their small rural properties for pittance. This phenomenon resulted in a sea change with people from outside the region, not to mention abroad, colonizing the abandoned countryside, restoring farm houses and making the vineyards productive again. A prime case in point was Chianti Classico as well as the areas of Montalcino and Montepulciano. That said, it should be noted that winegrowing in Tuscany is an ancient tradition, at least back to the Etruscans, with the names many towns and vineyards indicating their Roman or medieval origins. The heart of winegrowing in Tuscany is without a doubt Chianti, a vast sub-region in central Tuscany, which was initially limited to the area between Florence and Siena, the one that today corresponds to Chianti Classico. Over the centuries, Chianti expanded to include neighboring provinces and today it represents one of the largest winegrowing areas in Italy.

While I do not wish to give you a history lesson in the wines and local tradition of Tuscany, it must be remembered that the Grand Duke of Tuscany Cosimo III issued an edict in 1716 that in many ways anticipated current regulations governing Chianti production. The edict demarked the territory of Chianti and its sub-appellations to protect the good name of a wine that was already being sold and appreciated outside the region. At the time, there also existed Vernaccia di San Gimignano, a white wine of ancient origin, and Vino Nobile di Montepulciano, which was considered the best wine in the world by Francesco Redi, an 18th century dialectal poet and author of a dithyramb in verse with the apropos title “Bacchus in Tuscany”. Other ancient Tuscan wines include Carmignano, a bold red produced west of Florence, and Chianti Rufina, made from grapes grown on the hills of the same name near Pontassieve. There is not much documented evidence of Brunello di Montalcino from two centuries ago, only a few references and nothing more.

The first time I went to Tuscany for reasons connected with wine was in the spring of 1979. I accompanied Piero Costantini, a Roman wine merchant for whom I worked every once in a while, to taste and buy wine at the trade fair in Greve in Chianti. The only drawback was that he wanted to go in a van so he could stock up and I was the one who was supposed to do all the heavy loading. It was a take-it-or-leave-it offer and I obviously took it. We were lucky to have wonderful weather with sunny skies, mild temperatures and a countryside in full bloom. The main square in Greve was filled with small stalls, each dedicated to a farm where you could taste their wines, olive oils and even local sheep cheese. It was heaven on earth, in other words. After a couple of hours I was already a bit tipsy, having not yet accepted that to taste so many wines one is supposed to spit the samples out. Nevertheless, I remember we selected Chianti Classico from Volpaia, Riecine, Guido Socci and Le Bocce in Panzano. Some were vintage 1977, nothing to get excited about, but there were also some 1975 reserve wines that were outstanding. All four producers were more or less unknown at the time. Volpaia and Le Bocce later became famous, John Dunkley and Palmina Abbagnano’s Riecine became legendary, while Chianti Classico Filetta from Guidino Socci in Lamole remained an unknown gem for years because, like many other small wines, the area it was from was frowned upon and thus not appreciated by the so-called ‘experts’. This was also true in Burgundy for Luc Brintet’s Mercurey, Adelmann’s delicious Baden whites and the Pinot Noir from the central California coast of Sanford & Benedict, which only became famous thanks to the film Sideways.Ma torniamo al Chianti Classico. A quell’epoca viveva un periodo molto difficile. Pochi i piccoli viticoltori rimasti, troppi i commercianti senza scrupoli, alcune griffe importanti, come Ruffino, Antinori, Ricasoli e Melini. Una pesante crisi di mercato e un’immagine da vino cheap dal quale non ci si aspettava granché. Alla fine degli anni Settanta, una bottiglia da 0,75 si pagava al supermercato assai meno di mille delle vecchie lire, che voleva dire meno di un litro di benzina, per fare un paragone. 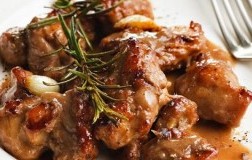 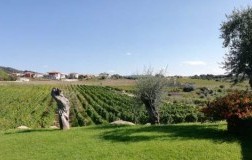 Arvisionadu, a rare varietal worth knowing