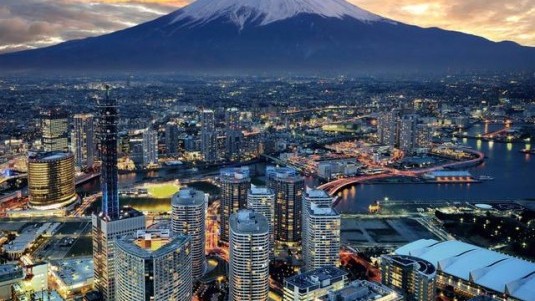 I first visited Japan in 1980 and at the time I found it to be a sad country despite its economic successes, the high level of it public services and the meticulous organization of its society. Even the way they dressed was depressing with the women wearing drab blue clothes and the men all in grey or black. It was a country that loved its isolation and did not appreciate the presence of foreigners.

Tokyo then had 48 eateries that offered Italian cuisine, first among a branch of the Roman restaurant Sabatini.

The country has changed a lot since then especially for women who have seen their stature rise within the family and now have more respect and freedom to focus more on their beauty. The men, on the other hand, are no longer at the center of the universe.

To experience Tokyo today you have to immerse yourself in the colors and vivacity of Omotesando, stroll through the mystic calm of the nearby Meiji Park, enjoy the throngs of young people frequenting the wonderful complex of Tsutaya libraries in the Daikanyama district. This is no longer a country that seeks isolation and even immigration laws have changed while tourists are more welcomed and enjoy many more incentives to visit. In 2016, Japanese citizens were given permission to rent to their homes even short-term to tourists. At the same time, some prejudices remain and a Japanese who sees a cigarette butt on the sidewalk will almost automatically blame a Chinese. While they will never be friends, Chinese tourists spend and fill shops and restaurants and so must be put up with.

My last trip was in May when I was also able to visit the frenetic Tsukiji fish market, the largest in the world, which has countless varieties of fish some of which Europeans have not even heard of much less tried. It is currently located in an area near the central Ginza district but within a year the market will be moved to make rooms for structures hosting the 2020 Olympics.

A love for Italy

Today there are over 5,000 places in metropolitan Tokyo offering Italian cuisine and while many of the chefs are Japanese, most of them have studied or practiced their craft in Italy. The success of Italian cuisine has also spread to Osaka and other cities and is gradually extending into the provinces. The success of these restaurants has led to a surge in popularity for Italian food products, wine included.

Among Asian peoples, the Japanese are the ones who have the best taste when it comes to what is beautiful and what is good and they are interested in Italy because of its natural beauty, products and cuisine, while many Italian authors are translated into Japanese and there is great interest in Italian art. An exhibition at the Italian Cultural Institute dedicated to The Langhe, Landscape Fragments, with works by Tullio Pericol,i who was present for the opening was a great success. It ran from May 13 to June 5 and was the brainchild of the institute’s director, Giorgio Amitrano. (Angelo Gaja is an important patron of Tullio Pericoli and it was he who invited him to the Langhe four years ago to seek inspiration, ed. note).

Italian wine has been gaining ground on the Japanese market thanks to the excellent support it receives from restaurants offering Italian cuisine. In regard to the volume of imports, Italy ranked third in 2015 right after France and Chile, which came in first for the first time. France, however, remained on top in terms of the value of exports to Japan while Chile was last. Chile was able to come out on top for volume thanks to the low whole price of its wines, the limited names of varietals on their labels (Cabernet, Chardonnay and so on) which make them easier to understand for the occasional consumer, who represents the lion’s share, an efficient advertising campaign and the undeniable advantage it has from reduced import duties.

In order to boost exports to Japan, Italy must understand that Italian wine, like many of the county’s other food products, already has an excellent image in Japan and does not gain anything by offering products of modest quality at convenient prices. It must continue to boost demand for Italian wine from lesser-known producers, as it is already doing, by focusing more onto the vast number of small and medium-sized importers who are ideal to introduce the more craft-orientated wines. A greater effort must also be made to tap into the market of restaurants offering Japanese cuisine which 15 years ago were not even offering wine. Another way is to take better court the Japanese who visit Italian wineries, make them feel more involved and win them over. All this in consideration of the fact that the wine market in Japan is booming. Per capita annual consumption is currently three liters and can only go up. Over the past 15 years, the consumption of beer, the preferred drink of men along with spirits, has fallen 15% with Sakè in a free-fall while the consumption of whiskey making a slow comeback after years of decline. Wine is the only alcoholic drink with an annual growth rate of over 5%. This is in part thanks to the fact that more women are drinking wine and it is becoming a more social-cultural drink. Japanese beer producers Asahi, Suntory, Kirin and Sapporo have for some time understood this trend and have invested in wine distribution companies. This includes importer Enoteca, with whom I deal, which was acquired by Asahi and continues to operate with the utmost professionalism.

Japan is the most important Asian market for Italian wine. There are many informed consumers and the sommeliers are well-prepared. During my recent visit, I heard for the first time outright criticism of those producers who use only a very limited amount of sulfites in wines which historically were known for their capacity to age. This because they no longer seem to have this capacity and are already showing the first signs of oxidation (premox) in their first decade. This has even led importers to be wary of any wine that does not have enough sulfites to help them resist time.

I have learned to admire Japan and now like it a lot and will certainly return. 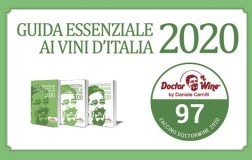 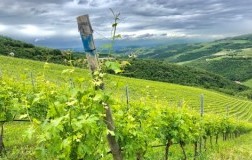 Amid the Tedeschi family’s vineyards in Valpolicella 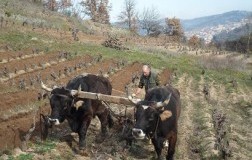 Something new from Mamoiada 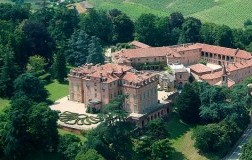