The time and memory of Falerno del Massico Vigna Camarato

Responsible for bringing back the ancient wine Falerno, Paolo Avallone created a new version at his Villa Matilde estate, working together with the University of Naples, one based on Aglianico with a small percentage of Piedirosso: Vigna Camarato

The continuity of successive stages of human and natural evolution, when they are liked to a concept of succession or evolution, is commonly referred to as “time”. And this is represented to all by the flow of years between past, present and future. The same is true for wine for which time plays an important role, with every sip a declaration of what the vineyard had to offer.

An example of this is Falerno del Massico Vigna Camarato, produced by the Villa Matilda estate in Cellole, in the province of Caserta. It is a wine that unveils all its qualities with the passing of years. This perhaps due to the responsibility this wine has. Falerno is one of the world’s oldest wines with over 3,000 years of history.

It risked becoming extinct in the 19th century due to the phylloxera plague and only a few ‘ancient’ vines survived the deadly pest. Then in the 1960s, Francesco Paolo Avallone, working with the University of Naples, began to bring the varietal back after discovering some vines on land owned by farmers who once produced Falerno. His first harvest was in 1970 and five years later the first bottle of Falerno Villa Matilde was sold.

Thanks to all the work and effort done at the estate, the original few vines of Falerno now occupy 180 hectares of vineyards – 71 of which are owned by Avallone – and are cultivated by 31 winegrowers. Since 1996, the estate has been fortunate to have the consultancy of enologist Riccardo Cotarella whose arrival marked a turning point for the Ager Phalernum wines. Today the estate is run with passion by Salvatore and Maria Ida Avallone who are carrying on their father’s work.

Vigna Camarato has been produced since 1981 and represents a union between over a thousand years of tradition and a modern interpretation of Falerno, one achieved using Aglianico grapes – a varietal that has measured seasons, the land and men – with a small percentage of Piedirosso. The vineyard that provides the grapes was planted 50 years ago on the slopes of the extinct Roccamonfina volcano, at the Tenuta San Castrese farm. The volcanic soil there is has phosphorous and potassium.

The 22 vintages that have been produced so far are stand out for their elegance, propensity to age and boldness along with a distinct note of integrity.

The five vintages here were chosen to compare the different weather conditions of each harvest. 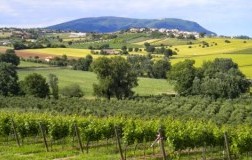 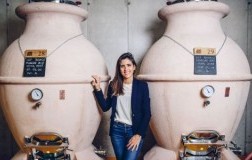 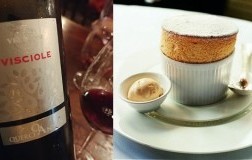