Dedicated to the memory of Charlotte Baronne de Rotschield

It is impossible to imagine a more beautiful (and difficult) musical piece to dedicate to a young, 18-year old bride than Frédéric Chopin’s celebrated and visionary Ballade N°4. He dedicated it to his pupil Charlotte for her wedding in 1843 to her cousin Nathaniel, who was from the Rotschild family’s English branch while she was from the French one, which included the renowned banker and founder of the famous Chateau Mouton Rotschild wine estate in Bordeaux.

She was an ante-litteram woman of wine, a talented painter and passionate supporter of the artists who frequented, as was the custom at the time, the exclusive salons of Paris.

Her salon was frequented by the likes of Rossini, Bellini, Balzac, Delacroix, Listz, Mendelssohn, Berlioz, Mickiewwicz and other masters who conversed with her in French, which at the time was the international language, in discussions that covered the whole world of ideas.

After the fall of Napoleon, the cultural climate was one of the restoration of traditional values and the concept of divine right that was deeply rooted in the treaty hammered out by the Holy Alliance in Vienna. However, it was also a time of general social and political transformations, popular unrest and nationalist aspirations.

In 19th century Western Europe, the grand siècle of the bourgeois and steam power, an evolutionary process with an extraordinary expansive force was underway, one that was fundamentally anonymous but powerful enough in involve all social classes in a fascinating, suggestive and almost magical consciousness that was accompanied by a certain unease that was certainly felt in the trendy salons parisiens.

It must have been not been an easy task for Charlotte to welcome into her salon illustrious leaders from the world of science, finance and the military, statesmen and dignitaries of the court and, at the same time, passionate patriots of many nationalities.

At her home it was possible to taste the great cru from Bordeaux and Burgundy and, naturally, the novelty of the time, Champagne, truly the greatest product of the industrial revolution.

Sometimes, towards the end of the evening, there at Rue Laffitte 17 (which no longer exists) it was even possible to watch and listen to Chopin at the piano.

It was an incredible experience, one that brought an immediate silence with the first notes of one of his improvisations. “Only Chopin himself knows how to do justice to his music,” wrote Hector Berlioz, “his performances offer a multitude of nuances and movements which only he knows the secret to and cannot be taught”.

One can only imagine the emotions his young pupil felt when catching the glance of her Maestro, a clash of feelings that must have left her physically weak.

His fingers were changing the history of music.

These were the years when the foreign policies of the Nation States were laying the seeds of what would lead to two world wars in Europe followed by the war of “everyone for themselves” that appears to be waging today.

Naturally, Charlotte could not foresee the event that would involve her and her family directly. Maybe she had a kind a premonition which may explain why she cultivated the arts and the promise of freedom of thought and even had as a guest in her house the great genius, the “enemy of any vanity and every self-censorship” (George Sand) who with his music could reach deep into the heart, inviting all, when faced with such beauty, to look inside themselves and discover the most dynamic opportunities for change and transformation.

It was up to her to mediate with her heart the epic and prophetic drama of Ballade N°4. Several years later, Chopin dedicated a wonderful waltz Op. 62 to her husband (Nathaniel), a piece made to dance to, the most brilliant and seductive way to accompany, with the right movements and a light veil of melancholy and enchantment, his young and attractive bride in the free and harmonious evolution of life. 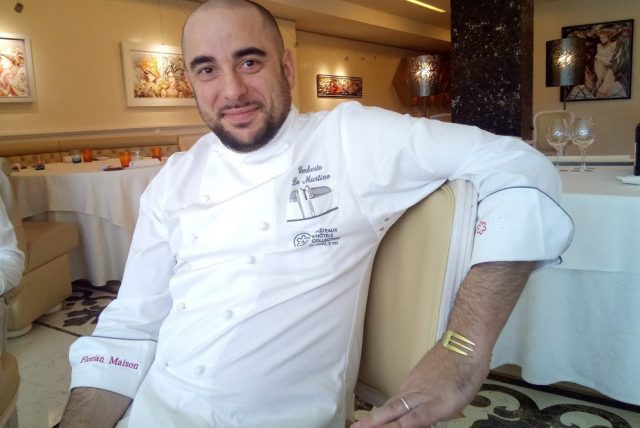