The following is an interview that Matteo Lucherini, spokesman for Generazioni Contati (Generation Contacts) and Testadialkol (Alcoholhead), gave to explain what these organizations do. My first encountered with these two groups was during a conference organized by Ducato dei Vini Friulani in Gradisca d'Isonzo dedicated to young people and alcohol. I was very impressed by Matteo's address there and the non-secular and rational way he approached dealing with the very serious problem of alcoholism among the young. This is an incredibly serious topic, one I'm convinced people who deal in wine should get involved in. His is an excellent approach and this is why I am publishing this interview for our readers, who include many producers and sector professionals. It has always been my belief that promoting responsible drinking should be an essential aspect of our sector and think that this week, that will conclude with the opening of Vinitaly, is the prefect time to broach this subject. Promoting responsible drinking is also a civic duty if it is approached the way Matteo and many young members of these organizations do, being serious but without being too 'heavy', ironic but at the same time never undervaluing the problem: their slogan: ''You don't need to get drunk to be cool ''!

What exactly is Generazioni Contatti ''young people and adults communicating''?

It is a non-profit ONLUS created in 2008 with the aim of organizing and promoting initiatives that foster communication between generations, focusing above all on alcohol abuse and road safety.

Who are its members?

Both young people and adults. Our first project was called Drink or Drive  and centered on encounters between adults and upper school students in Florence that expanded, over the years, even outside the region of Tuscany. This then evolved into the project Drink With Your Head  and saw adults (parents and Non-parents) giving practical and economic support to proposals from young people that were then transformed into initiatives on the ground and on the Web. By doing this we were able to bring together around these projects a public composed of adults, attracted by the enthusiasm of young people and their method of communication, as well as young people themselves, attracted by the opportunity of participating through social networking.

What is your goal?

To help both young people and adults understand that one can have fun responsibly and to prevent exaggerated behavior that results in deaths caused by driving under the influence. What we want to do is convince adults and young people, those who drink often out of boredom or to imitate bad role models, to accept the equation:Drunk= Not cool .

How did this ONLUS get started?

With a group of adults who were fed up seeing the parents of drunk driving victims shouldered with the very difficult burden of raising awareness and promoting prevention of this social curse. This usually takes place in the days immediately after a tragedy to then fade out of the media spotlight and public opinion until the next tragedy(!).

What is it you actually do?

We organize events and meetings to create a dialogue between people. We look for new ways of communication that encourage direct participation in discussions on responsible fun and to combat alcohol abuse and poor drinking habits. Rather than stress prohibition, we try to use positive and provocative messages to get people involved emotionally so they can themselves recognize bad daily behavior that, unfortunately, we all sometimes ignore. This is all done using a method of communication which may at times appear irreverent and fun but includes real and serious information on the delicate subject of alcohol abuse.

How were you able to so positively interact with the young students?

By asking them what THEY thought we should do in order to 'provoke' a debate on alcohol abuse. The students thus became the beating heart of the association and were the ones who, for the most part, came up with ideas and projects that were 'student-acceptable', made by and for their peers. This because young people notoriously do not like being told what to do.

You are also known as 'the alcohol-test people'.

This is one of our more visible campaigns (when we find the funding since we are totally self-financed) in which we offer free individual tests, both saliva and breath,. The message we are trying to get across is that these tests are an act of great civility and should be seen by the 'group' as a good thing. So far we have distributed 50,000 kits and on our site (www.testdialkol.it) there are photographs of ourselves as well as a host of celebrities taking the test.

How did the name 'Testadialkol' come about?

It is a play on 'alcohol-heads'. Alkolheads are those people who want to change their behavior and want others to do the same. This in a way that is not too serious in order not to scare away those for whom alcohol is a real problem. Through their ideas, sometimes spontaneous and a little crazy, 'alkolheads' try to create opportunities to discuss a subject like alcohol abuse and drunk driving. Their slogan is 'be an alcohol-head, use your head' and 'if you're an alcohol-head, take the alcohol test and let someone else drive''.

Which celebrities have you involved in your campaign?

People from Paolo Villaggio to Cecchi Paone, Prandelli to Siffredi, from Vecchione to Boldi, as well as Piero Angela, Cristiano Militello, Jerry Calà, Paolo Hendel, Margherita Hack, Abbatantuno and Ruggiero (just t name a few). These celebrities may seem to have little in common but they appeal to different types if people and this expands the range of people we can try to get our message across to. They have also each come up with their own ideas and slogans for our Drink With Your Head  campaign. The message from Margherita Hack, for example, was 'Alcohol is present in the Universe in small doses. The right amount of alcohol can make both the world and universe turn!''. These celebrities are surprising us every day with their readiness to help us spread our message in a 'creative' way.

Who is financing you?

Unfortunately, no one... except friends and supporters. This is why we never miss an opportunity to say: ''All contributions ares welcome!''. Starting with this year's income tax declaration, it will be possible for tax payers to instruct the state to donate a percentage of their tax payments to our ONLUS and donations can also be made though our website www.testdialkol.it. In order to respect the wishes of the young people involved in our project to keep it independent, we have refused commercial and corporate sponsorship to avoid any pressure from them to impose conditions that could stifle the spontaneity and ideas of our young members. This is both the limit and the strength of our initiative. What is important for us is to be free to send our message and to maintain the enthusiasm of these young people who do not want to be conditioned nor forced to send messages that have double meanings or ulterior purposes.

How much should one drink?

I think the right answer is 'drink well'. As our grandparents used to say. ''The problem is not drinking, it's having another drop''. Drinking should be done using one's head, together with friends, lovers, music and all those things that give us pleasure, without seeking to excess in happiness or bliss.

What have you been able to do so far?

We have attracted more than 4,000 students, 600 projects have been carried out including graphic works, radio and TV ads, comics, photographs, stories and newspaper reports. Then there are our website www.testdialkol.itand Facebook page, which has been a great success for the number of contacts and exchanges (over 15,000 so fat). The web is our 'fuel' because many of our strategies are proposed, discussed and carried out by using the social media. Professor Mario Morcellini, the dean of Rome's La Sapienza University's communications department, maintains that our association focuses ''not so much on changing behavior as offering a modern vision and way of life in which there is no need to take pleasure to the extreme''.

A lot of projects, including a Testadialkol song with a cartoon-karaoke video clip; a initiative with the Italian Navy where our young people and young seamen will meet to mark a day dedicated to 'living and drinking responsibly'; and we have already organized a video-conference between students in Florence, Rome and Milan entitled I drink therefore I exist  that aimed at finding an alternative way between prohibition and exaggerate behavior. This resulted in a series of ads that Radio Sportiva (listened to throughout Italy) broadcasts free of charge with the voice participation of Abbantuono, Ruggeri, Calà, Hendel and Battista. Then there are incredible initiatives like the TV ad in Renaissance costumes in which Paolo Hendel appears as Americo Vespucci who takes a breath-test before setting off for America and one with Giobbe Covatta dealing with CarCarlo Pravettoni (!)

Cheers then... is a toast allowed?

Of course, we are not moralists nor bigots and we like to have fun, too, but in a responsible way in order to be able to do it again another day. A we must never forget that... Life is the greatest high !

Some examples of the initiatives that have been carried out:

We have the support of the University of Florence and Rome's La Sapienza University's communications department and the approval of the Ministry for Cooperation's department for youth and we are members of the City of Florence's D.A.V.I.D safety project. 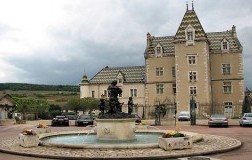 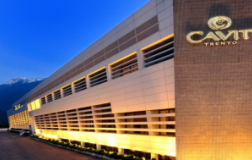 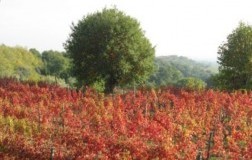