Starting with the edition currently on newsstands, I have signed on as managing director at the magazine Spirito di Vino, a job which involvess choosing or at least overseeing the articles to be published. With me on the editorial board is the editor-in-chief/publisher, Franz Botrè; executive director Andrea Grignaffini, whose task is similar to mine; Luca Gardini, who travels the world in search of wines; Enzo Rizzo, the assistant managing director; Gianluca Tenti, a veteran journalist with vast experience; and Guidio Daelli, who is responsible for millions of things including numbers. Together we produce a graphically very lovely magazine that is expanding content-wise and while it has some sector advertising, it hopes to increase the amount of advertising from outside the wine sector. Above all it is a publication that also comes out in an English version, which has a significantly different content than the Italian edition. Spirito di Vino Asia is produced in Hong Kong where it has a separate staff with local journalists who are experts on the Asian market. Their current circulation is more than 100,000 copies, an incredible and incomparable number compared to the sales of the Italian version in Italy and Europe. This is an exciting opportunity for someone like me who has been a wine journalist for such a long time. In this new job I am part of a team made up of professionals and very competent collaborators, much the same as those with whom I worked for years, in some cases decades, at Gambero Rosso, where some remain while others have moved on to other challenges. I had already been contributing to Spirito di Vino for several years but since my role and profile are now much more important, I would like to share all of this with my readers/friends of Doctor Wine, which will remain at the center of my attention, considering the significant success it is having. In my first edition as managing director I contributed eight articles, not too bad for a debut, and even if they may have been too many, they were done with great commitment. In the next edition, which will be out in about a month, there should be five or six of my articles, including some exclusive vertical tastings. Should you have a chance to leaf through the magazine, please let me know what you think. My hope is that I will be able to contribute to the authoritativeness of an already valid publication that has ambitions to become a key player on the international stage, something an Italian publication has never seriously done up until now. 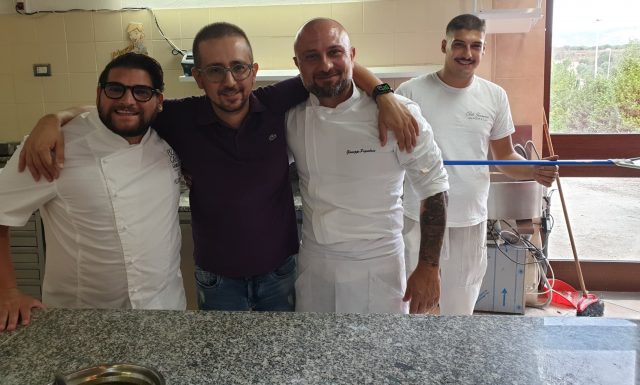