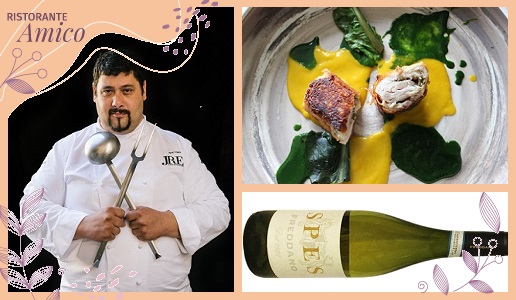 Opened in 1964 as a typical trattoria, the restaurant Trippini was owned and run by the married couple Giulia e Giuseppe, by the name Da Peppe Se Pappa. It was well known for grilled meat and homemade pasta but at the end of the 1980’s, thanks to Adolfo Trippini, Paolo’s father, the trattoria has been able to evolve into a modern restaurant.

Over the years, Ristorante Trippini has earned many authoritative and prestigious awards by major Italian restaurant guides. Trippini’s family, with its three generations of chefs (1963 Giuseppe, 1973 Adolfo, 2006 Paolo), has created dishes which, in their simplicity, are able to leave an unforgettable memory in who tastes them. 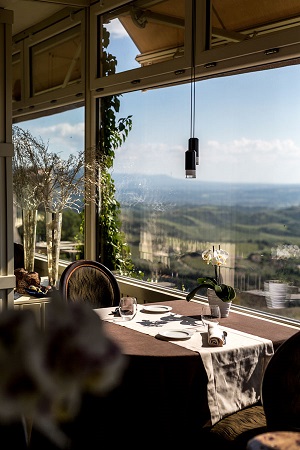 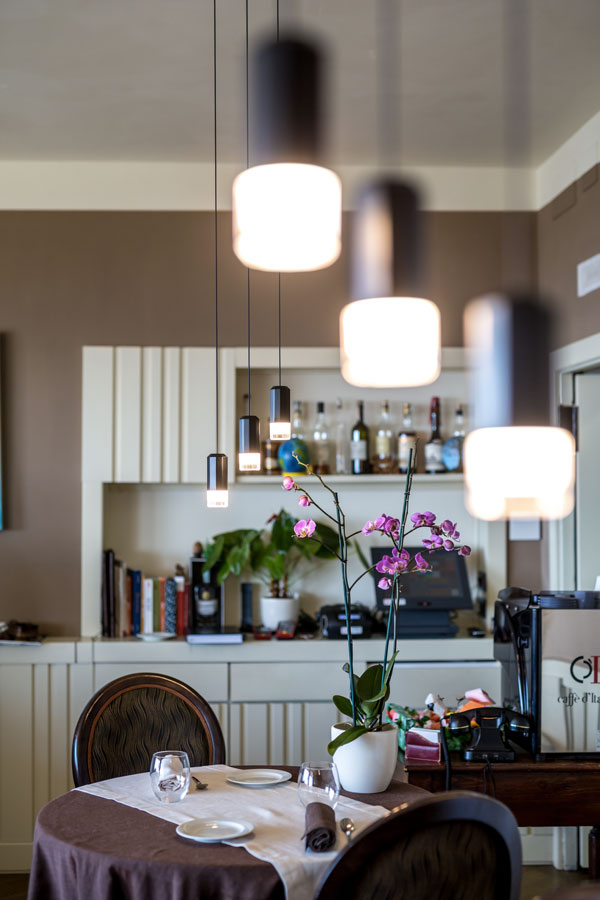 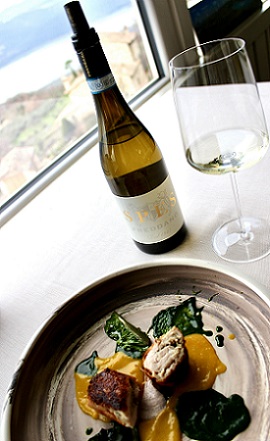 Paolo, the third generation, says that his love for cooking motivates him to dedicate all day to his job: he has grown up looking his father and his grandfather cooking. The chef chose to maintain the tastes of the tradition intact and thought on innovative culinary creations and so, without ever straying from a base of tradition, he made his restaurant the innovative, haute cuisine establishment it is today. 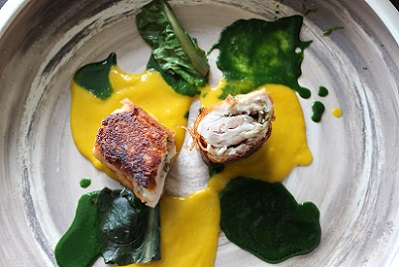 Combine rosemary, sage, garlic and use it to season the rabbit. Roll the boneless rabbit tightly around itself lenghtwise. Wrap tightly with plastic wrap, place into a standard vacuum sealer bag and vacuum seal. Sous-vide rabbit roulade for 2 hours at 63°C.

Wash and clean the chard, saving some green leaves apart. Cook it in salted water and cool in cold water to preserve green color; transfer the chard into a blender and blend until smooth adding water, EVO oil and salt.

Slice the sandwich bread with slicer and wrap it around the cooked rabbit. Sous-vide again briefly to make sure the bread adhere well to rabbit.

Put the rabbit roulade into the pan until the bread become crispy and golden brown.

Straw-yellow in color with golden reflections. Sweet and warm aromas on the nose, with floral broom and elder, fruity peach, pineapple and exotic fruit, hints of aromatic herbs (elderberry, Melissa and thyme). On the palate is enveloping, balanced and persistent, supported by good acidity and flavor. The sip is soft and responsive to the nose, while persistence is long and citrusy.

Organic and vegan wine made from grapes from organic farming certified by the control organism QC&I - International Services sas. 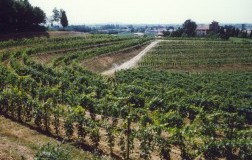 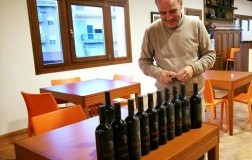 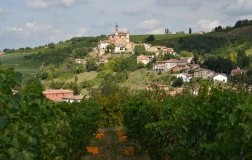 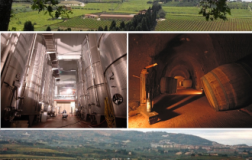